Translating to mean "Jointed Foot," Arthropods were the first animals to evolve jointed appendages.  Think of how joint pain is called "arthritis" to remember that "arthro-" means "joint".  These appendages can be highly specialized for a number of jobs.  Most arthropods have specialized jointed appendages used for flying.  In fact, there are more species of winged insects than any other animal in the world.  In addition to having jointed appendages, all arthropods have bilateral symmetry, a distinct head, segmentation, an exoskeleton, and an open respiratory system.  They breathe using fills, tracheae, or book lungs. 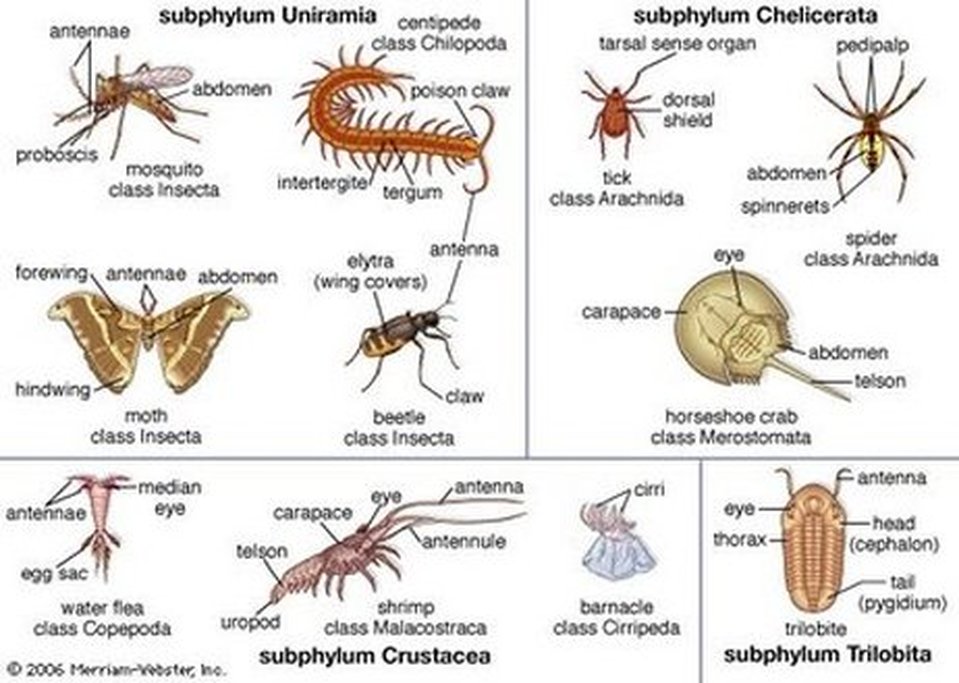 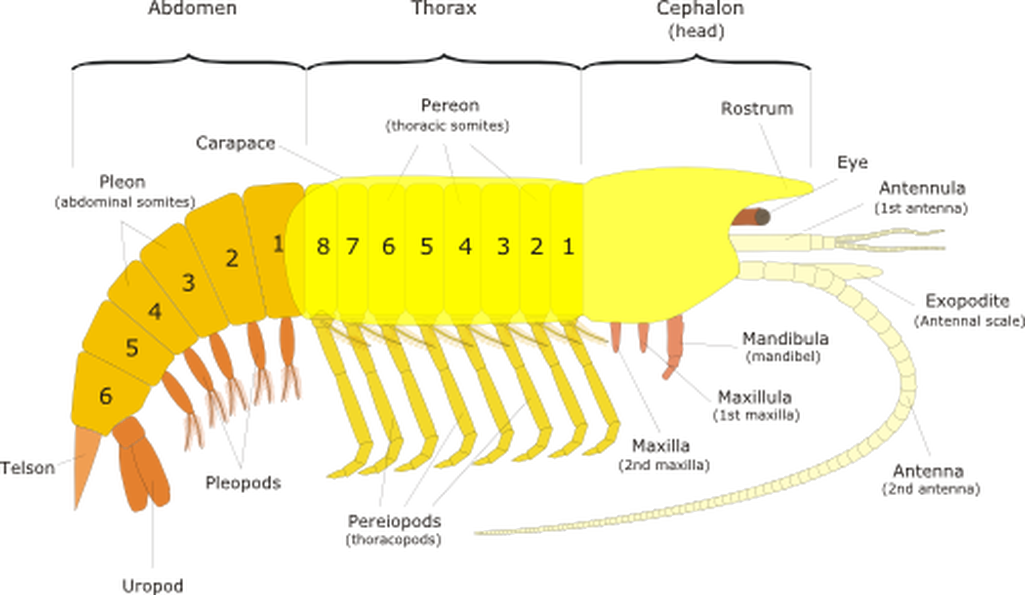 Compound Eye
Arthropods developed the first eyes to see sharp pictures.  compound eyes are made of thousands of individual visual units, each with its own lens and retina.
Molting
In order to grow larger, arthropods need to shed their hard exoskeleton.  They accomplish this by growing a new exoskeleton underneath they current one, just large enough to cause the hard exoskeleton to pop off.
Subphylum: Chelicerata
Separated from other athropods by the presence of pincers and fangs (called chelicerae) rather than jaws, Chelicerates include horseshoe crabs,  sea spiders, spiders, and scorpions. 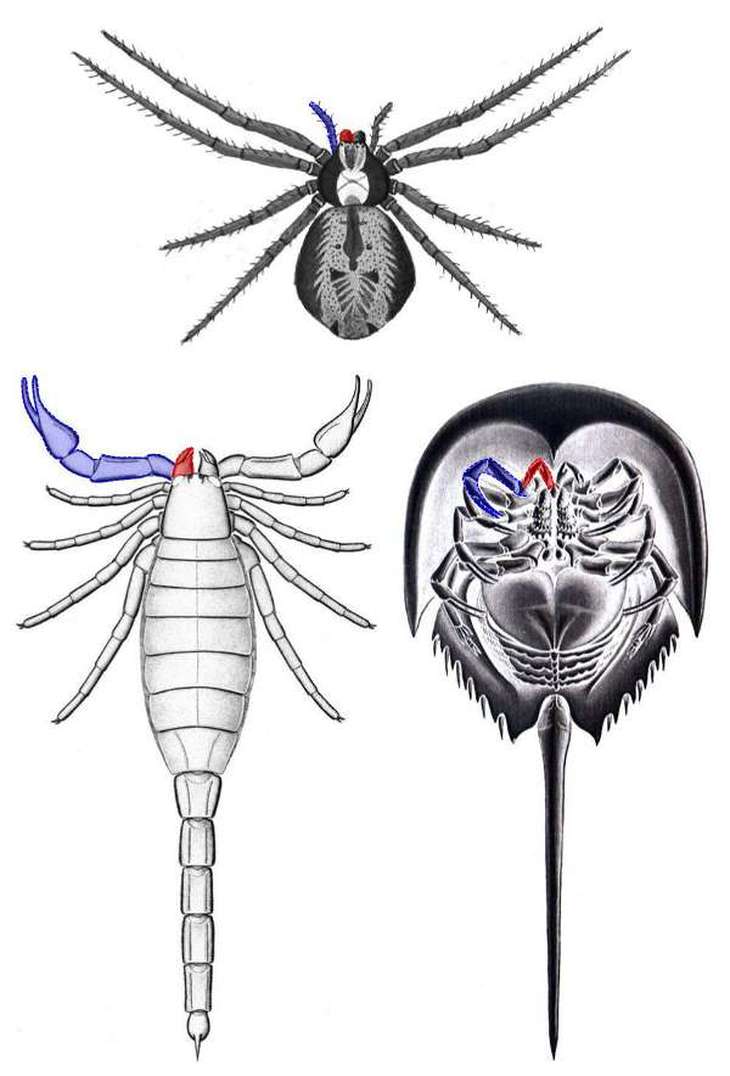 Subphylum: Uniramia
These animals are mostly classified by their chewing mandibles or jaws.  The subphylum consists of there classes: Insecta (insects) Diplopoda (millipedes) and Chilopoda (centipedes).  With more than 700,000 species in the class Insecta, there are more species of insects than any other living thing in the entire world.  That's more than 50% of all species. 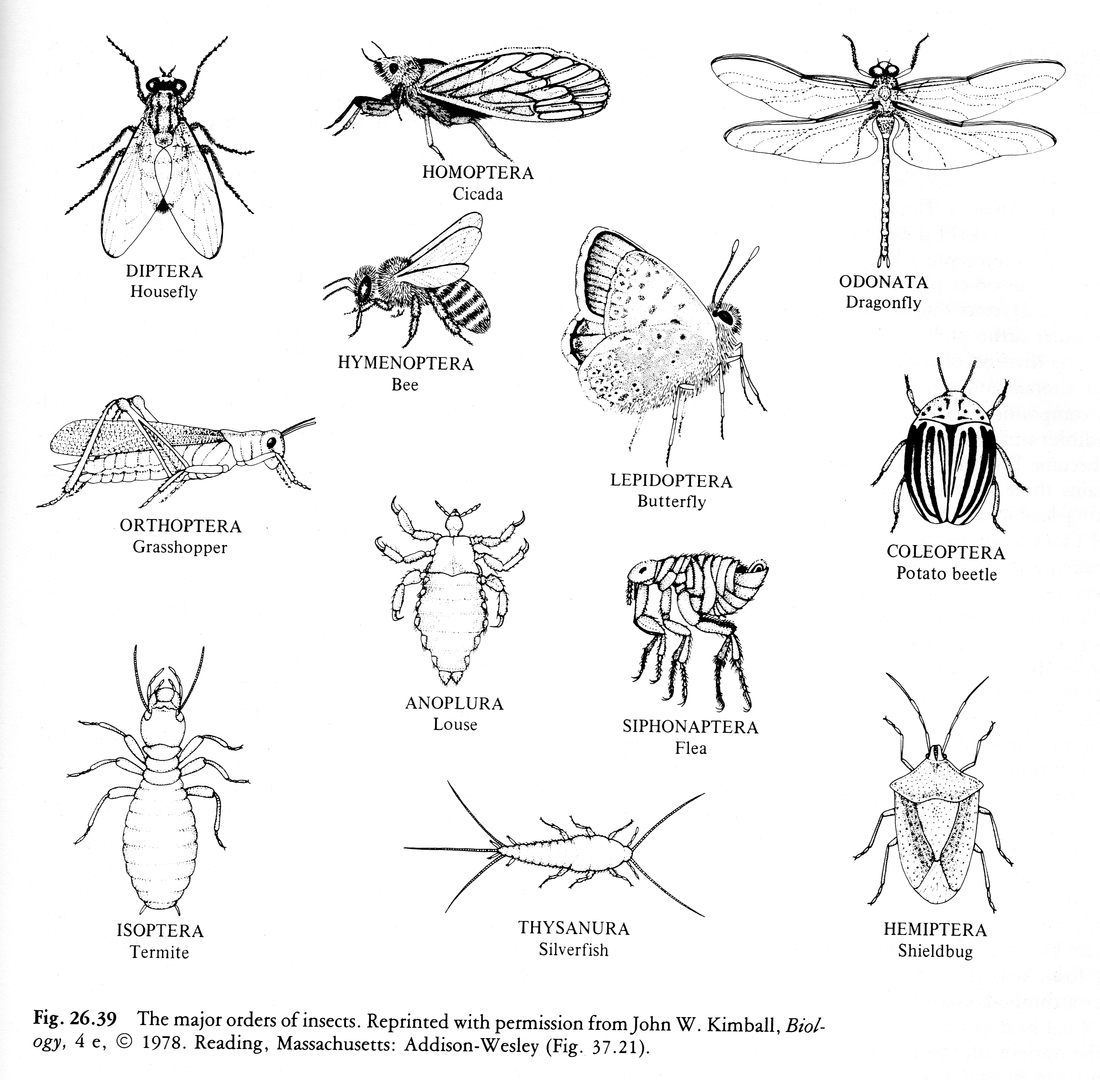 Click on the following websites to help identify different insect species!
Insect Life Cycles
Many insects go through several molts before they reach their adult stage including a dramatic change in young insects called metamorphosis.  Almost all insects go through complete metamorphosis where the worm-like larva enclose themselves within a chrysalis and change into an adult.  Other species go through incomplete metamorphosis where the egg becomes a smaller wing-less version of the adult called a nymph which then develops into an adult after several molts.
Subphylum: Crustacea
Crustaceans are often referred to as "the insects of the sea" because they dominate the oceans as insects dominate terrestrial habitats. 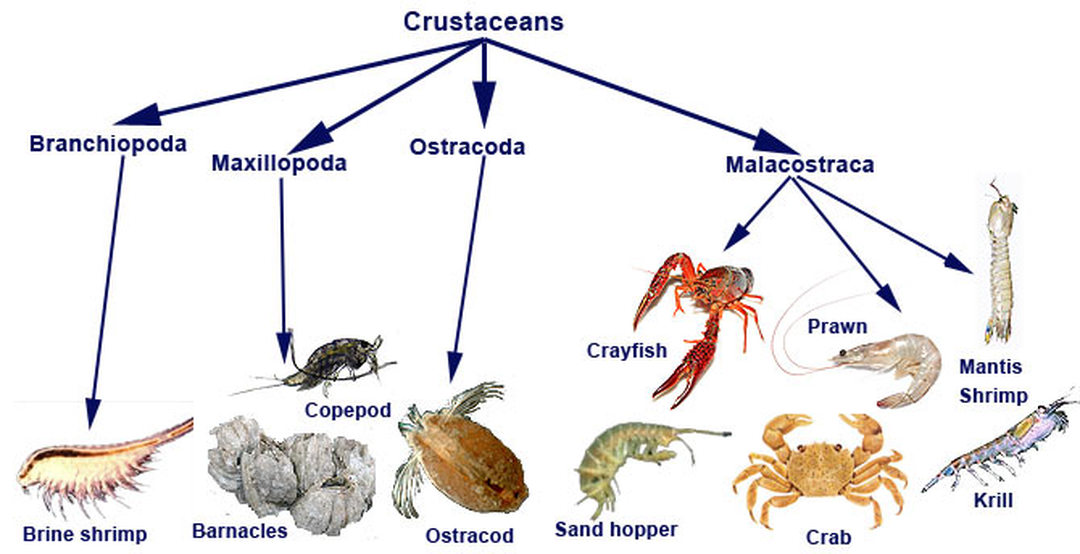 Crustacean Life Cycle
Many crustaceans have a larval form called a naupilus with branched appendages and an eye.  This naupilus goes through a series of molts before taking the adult crustacean form.
Decapods
Most animals that we associate with being crustaceans are decapods including shrimp, crabs, and lobsters as well as fresh-water crayfish.  Two of their ten legs are chelipeds which are large claws.  They also have eight walking legs and pairs of swimmerets. 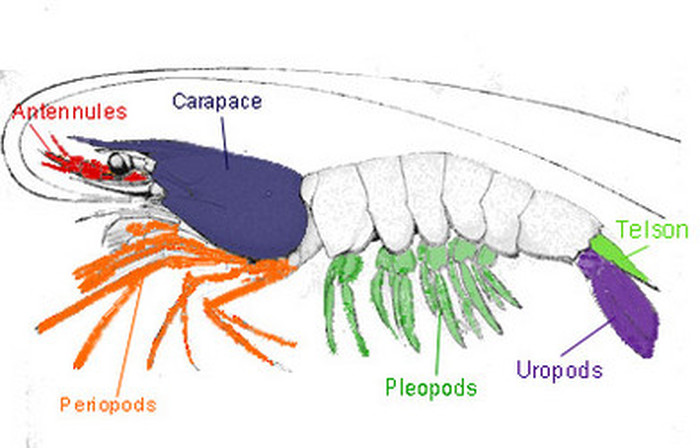 Barnacles
Barnacles are sessile crustaceans.  They attach themselves to a submerged object like rocks, posts, boats, and even other animals sometimes.  They are the one of few hermaphroditic crustaceans and use their jointed appendages to sir water into their mouths.